I won’t actually post a recipe today as I followed Nigella’s “Feast” recipe…. the only differences being adding ground vanilla and in my choice of dried fruits: as you know by now, I don’t like sultanas so I used cranberries, apricots and a “mixed” bought in the organic section which included figs and goji berries! I have tried to find a direct link to add to this post but I couldn’t find any although the recipe is out there, some even giving her the credit due…

I was very pleased with myself as it is my very first attempt at any kind of mincemeat: it was delicious and promises some very nice mince pies indeed! I was worried about the rhubarb being a bit tart but not at all! Worth trying if you like making your own jams and preserves!

And very nice, they were too! 1 jar (big one) made 24 generously filled mini mince pies:

And if it isn’t that time of the year, use Nutella instead as a filling: they won’t last a day! 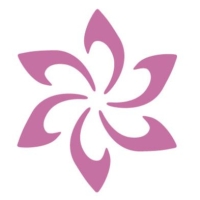 Crochet inspiration and design from Sweden

It's all in a Nutshell Crochet

A repository of recipes and memories

Light-bites For Your Heart

thechocolateangel.wordpress.com/
Simply Made Kitchen and Crafts

All about my baking, cakes, brownies and the likes!